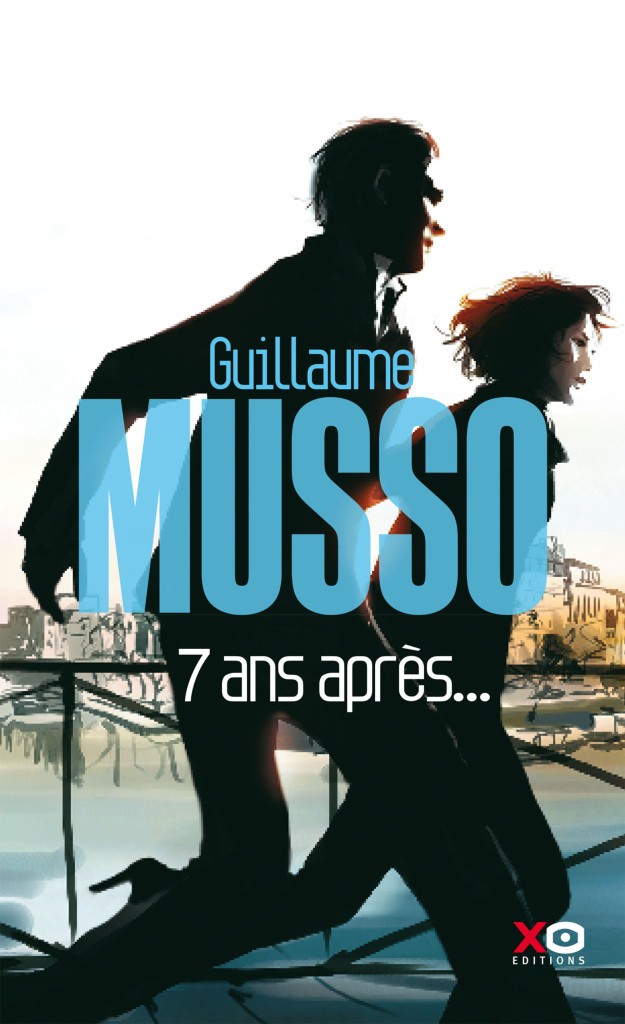 Divorce separated them, danger is going to bring them back together…
From the streets of Paris to the heart of the Amazon,
an unsparing and brilliantly constructed thriller.

A bohemian artist with a fiery temper, Nikki bursts into Sebastian’s sensible and well-ordered life. Though opposites in every way, they love each other passionately. Soon after, they marry and have twins: Camille and Jeremy.
But the marriage moves quickly towards a bitter end: accusations, affairs, contempt… Hatred slowly takes the place of love in their relationship. Following a stormy divorce, each parent receives custody of one child: Sebastian provides his daughter with a very strict upbringing, while Nikki is overly lenient with her son’s misconduct.
The years go by. They both rebuild their lives, with as much distance as possible from one another.
Then one day Jeremy mysteriously disappears. Did he run away? Was he kidnapped? Nikki has no other choice but to turn to her ex-husband who she has barely seen in seven years in order to save what she holds most dear. Obliged to join forces, Nikki and Sebastian chase after their son, and regain the intimacy they had thought was lost forever.

Your new novel opens with a quote from Alfred Hitchcock. Was the English “master of suspense” a source of inspiration for the book?

Actually, I began writing Seven Years Later… with the intention of using some of Hitchcock’s obsessions to build a structure in which I could play with the rules of suspense. Hitchcock’s quote about his heroes being ordinary people to whom strange things happen gave me the idea to start with this couple from New York, Nikki and Sebastian, who used to be head over heels for each other but have now been divorced for seven years, and to bring them back together to deal with the mysterious disappearance of their son. At first they think their son has simply run away in an act of teenage rebellion, but when they start looking for him, the couple gets sucked up into a much more complex and sinister situation than they had expected.

And so this story that starts off as a family drama takes a sharp turn, becoming a thriller when Nikki and Sebastian find themselves accused of murder. They flee from the police despite their innocence and slowly come to learn that their son’s disappearance is just the tip of the iceberg.

While the novel is clearly a thriller in its themes and structure, it has many humorous moments…

It’s true, especially when it comes to Nikki and Sebastian’s battle of wits, fueled by the unspoken love they still feel for one another. Humor can provide welcome breaks in a suspense novel so that the mounting tension isn’t pushed artificially for 400 pages.

And here again, Hitchcock’s couples are perfect models. Just think of James Stewart and Grace Kelly’s complicity in Rear Window or the glamorous alchemy that brings Cary Grant and Eve Marie Saint together in North by Northwest.

Speaking of the couple, your novel could also be read as a contemporary “re-marriage comedy.”

That’s actually another important reference for me. I’m a big fan of the Hollywood screwball comedies from the ‘30s and ‘40s, often starring Cary Grant or Katherine Hepburn, which laid the foundation for the romantic comedy genre. I love their steady rhythm, the dynamic dialogue, and the role-reversal where the woman becomes the  driving force of the plot. Of these films, my favorite are the “re-marriage comedies,” like Howard Hawks’ His Girl Friday or Leo McCarey’s The Philadelphia Story, which tell the story of a divorced or a separated couple who spend most of the film going through a kind of initiation, a cat and mouse game that enables them to get back together in the end.
This is exactly what happens to my main characters, Nikki and Sebastian. After a particularly rough and traumatic divorce, each of them went to great measures to rebuild their respective lives as far removed from the other as possible; but when their son disappears, they have no other choice than to work together. Despite their best efforts to the contrary, they are forced back into the intimate context they had tried so hard to forget.

I find the theme of reconciliation to be much richer and more complex than what you find in conventional romantic comedies about the beginning of a relationship when everything is still new and exciting. In the reconciliation scenario, the couple already has a shared past and each of them knows the other’s weaknesses. The narrative almost becomes a pretext for creating situations that will enable the couple to reinvent themselves and find a new balance.

The plot takes place over a very short period of time. In a matter of days, your characters are plunged into several unfamiliar worlds: the slums of Brooklyn, the Paris underworld, Rio de Janeiro and the Amazon… Why did you choose to tell the story this way?

Because omnipresent danger and the unknown reveal certain things about my protagonists’ personalities. We learn, for example, that Nikki has guts. She’s a warrior, aggressive and physical, whereas Sebastian is more level-headed, more cerebral and much less action-driven.

This friction and the conflicts it generates allowed me to showcase opposing forces, which is always interesting in terms of dialogue and character presentation. Then, as the plot develops and the danger becomes more intense, each of them reconsiders their position with regards to the other and undergoes a transformation bringing them towards reconciliation. This is what will ultimately allow them to find their son.

You’ve enjoyed enormous success since 2004, and in 2011 you were the best-selling French novelist. With the title of your latest novel, Seven Years Later…, seeming to echo the title of your first success, Afterwards…, should we read this as an allusion to the progress you’ve made?

It’s true that 7 Years Later… was largely written in 2011, seven years after the success of Afterwards…. It’s just a little nod to Afterwards…. Those intervening years were very intense, bubbling over with great creative energy, and I got to meet a lot of readers in France and abroad.
But I’m always thinking about the future, and all the more so because I never get tired of writing – on the contrary, I get more and more pleasure from it. I know that I’ll keep writing for many years to come because I have so many ideas for future novels in store and because I’m excited to explore new creative territory. I like the idea that in this technological age flooded with screens and beset by short attention spans, simple words on paper can still make people dream and experience strong emotions.

The last three books you’ve written don’t include the supernatural element that played an important role in your first books. They are more in line with detective novels. Have you given up the supernatural for good?

It’s true, I prefer writing suspense novels at the moment. They allow me to entertain the reader while addressing certain themes that are important to me –family, relationships, the changing world, social disorder– in a more mature way than I was able to do with the supernatural. But I still get the most pleasure from playing with genres. I think that’s what makes my work unique: playing with the codes of a given genre and trying to approach it in a new way. I’m also very careful that my writing not become mechanical – I’d rather die than write the same book twice. The pleasure of writing is, at least in part, contingent on being innovative and being able to surprise yourself.

Have your writing methods changed over the years?

I’d say I have a firmer mastery of my craft. My stories have denser plots and my characters are more nuanced. What hasn’t changed is my love of writing novels that are fun to read and that provide an escape from daily life. My priority is still to write an addictive story whose narrative draws the reader into the world I’ve created.
That said, the creative process remains something of a mystery: there’s a spark, bursts of inspiration, and interlocking ideas that build up little by little to form the story’s framework…

As for the writing itself, my writing style requires me to lay a solid foundation and pay close attention to plot coherence. I’m now much faster though when it comes to writing; I more easily let the story unfold on its own and am more confident about finding solutions when I get stuck in the process. I aim to include as many twists and surprises as possible.

Spontaneity and confidence in writing is relatively new to me. They imply a greater degree of uncertainty in how things are going to turn out, but I’d even say they also add something more instinctive and joyful to the writing.

7 Years Later around the world 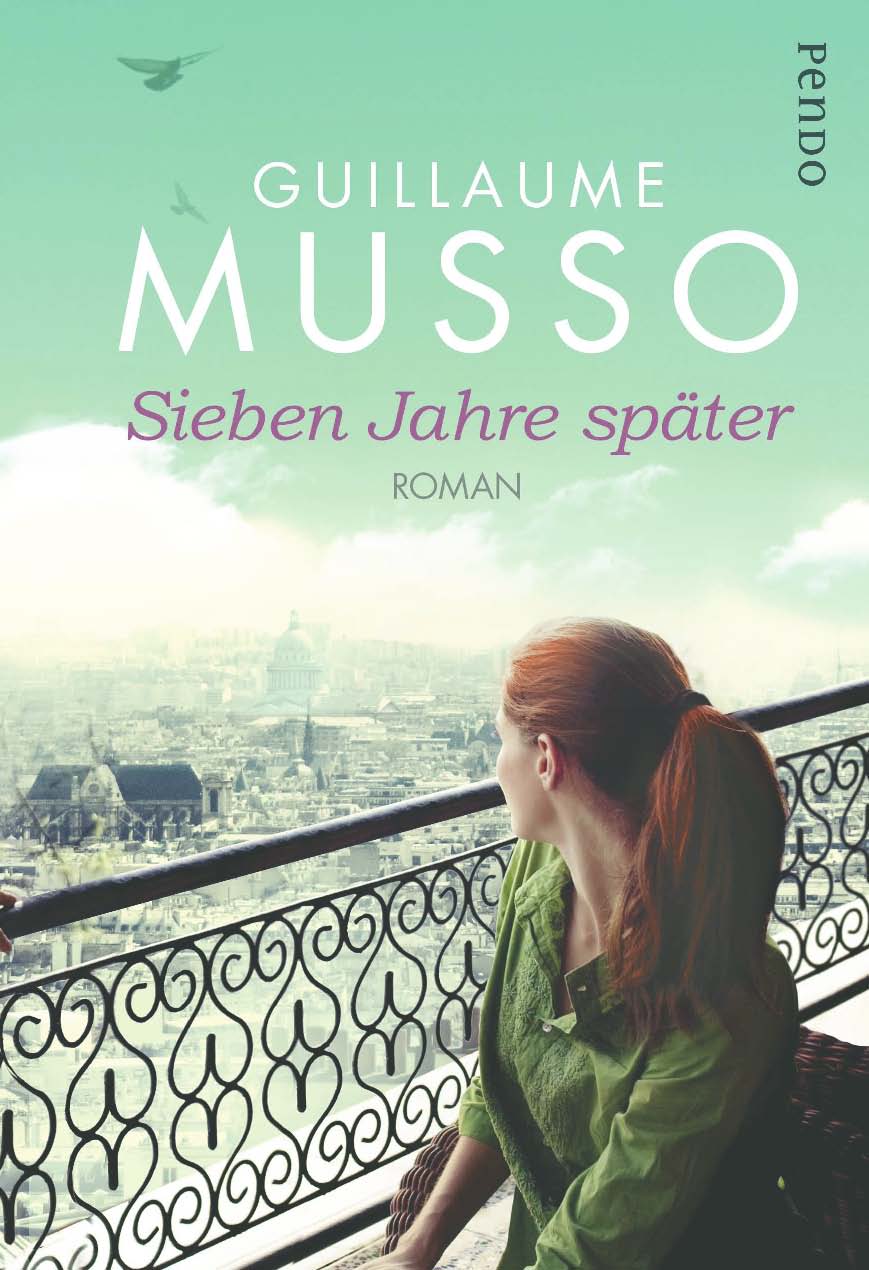 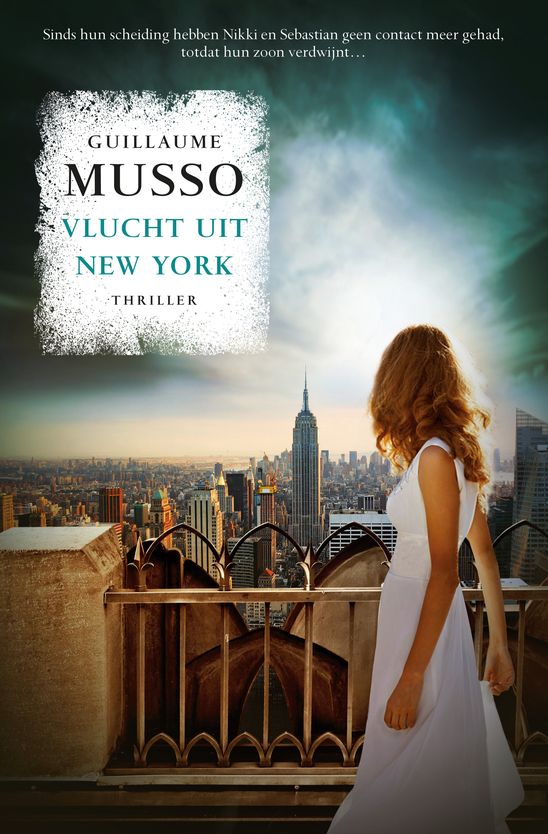 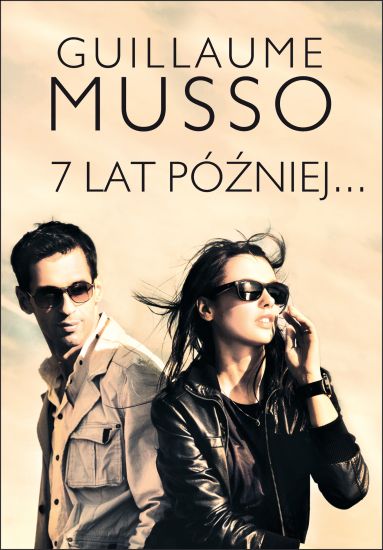 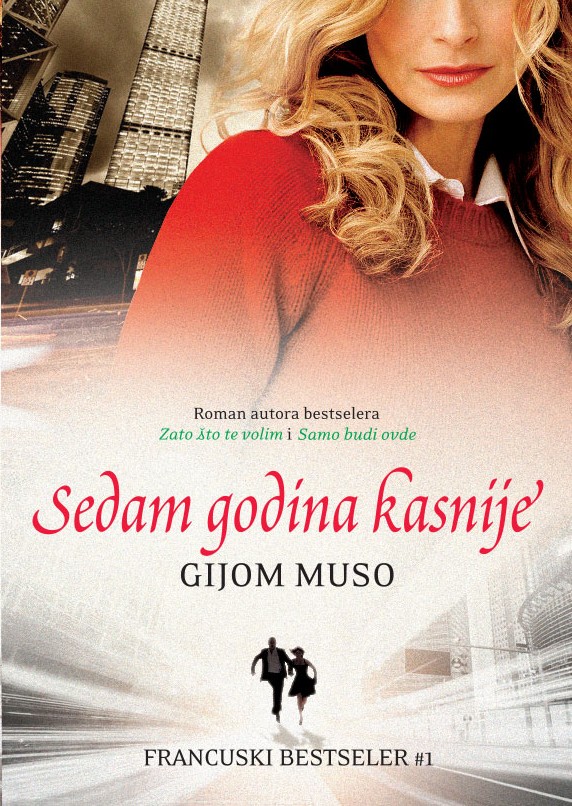 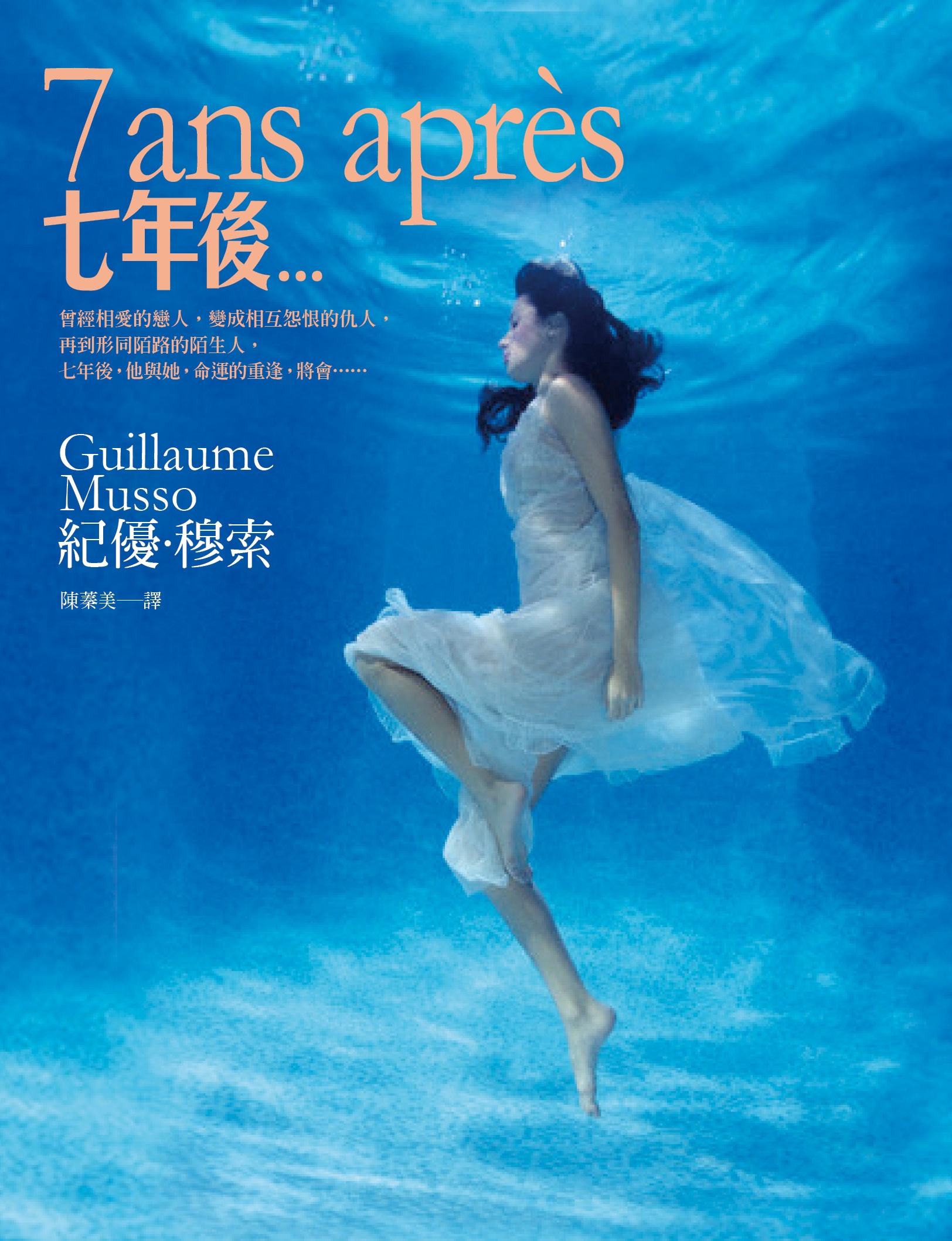 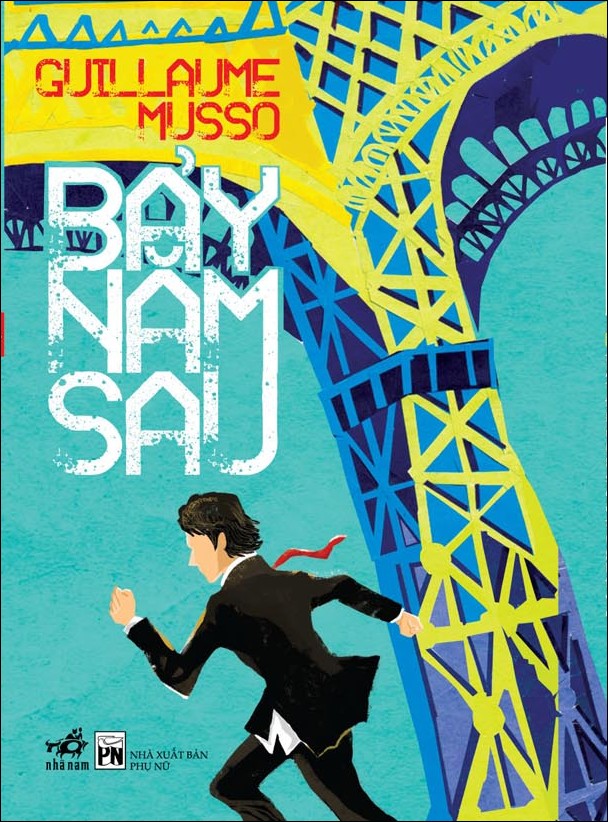 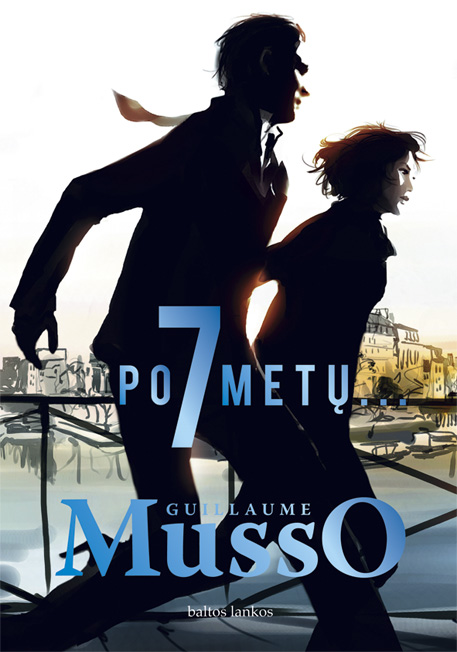 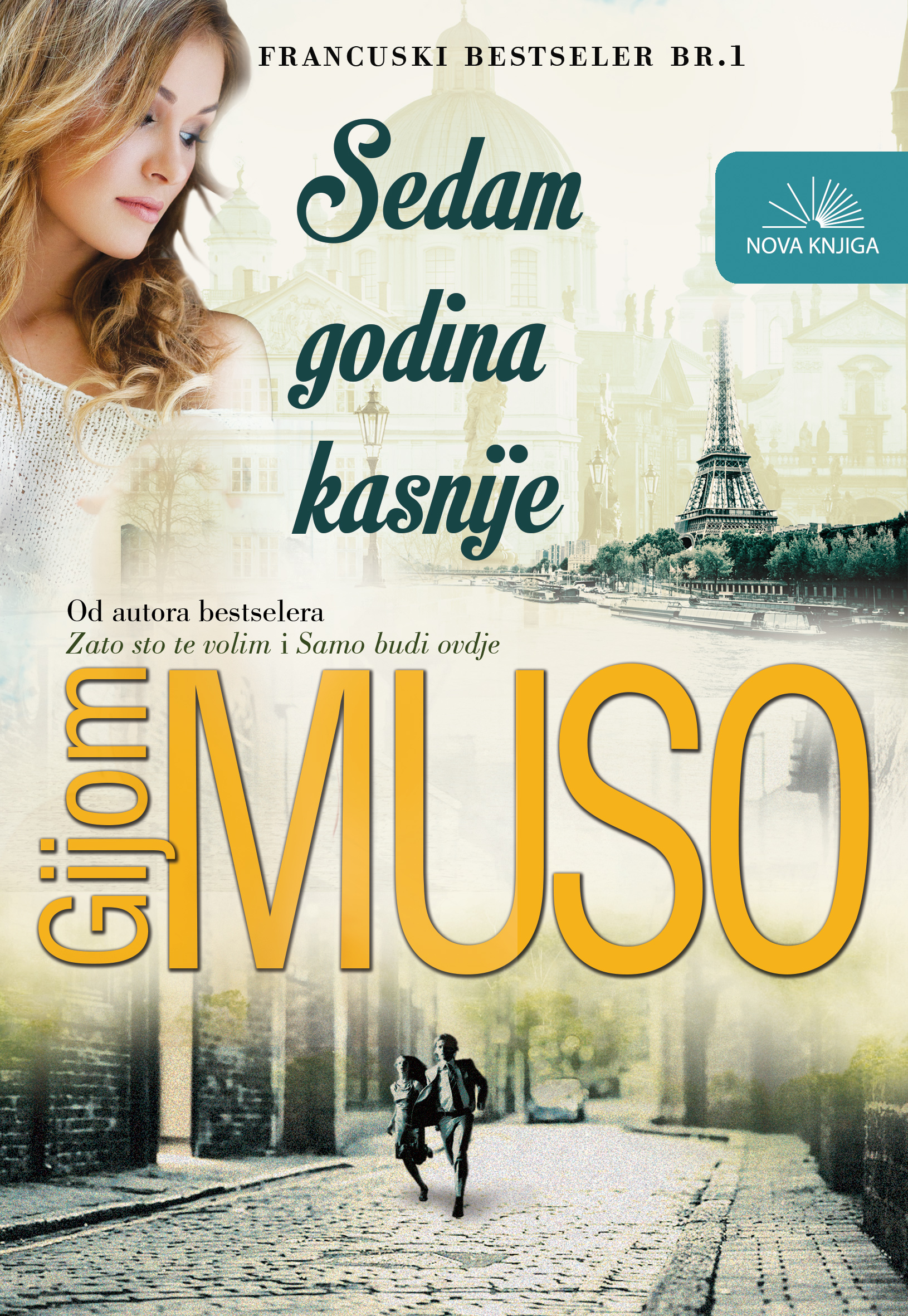 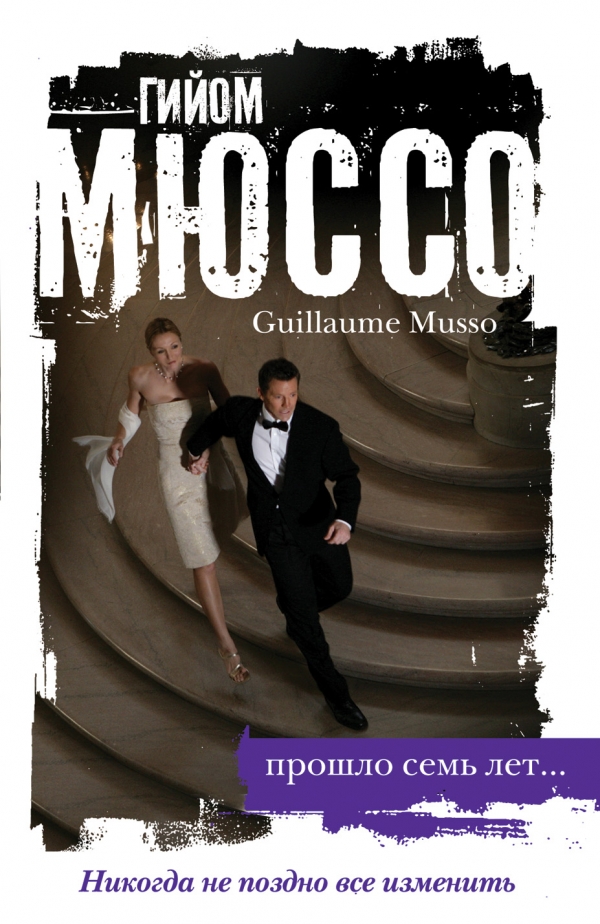