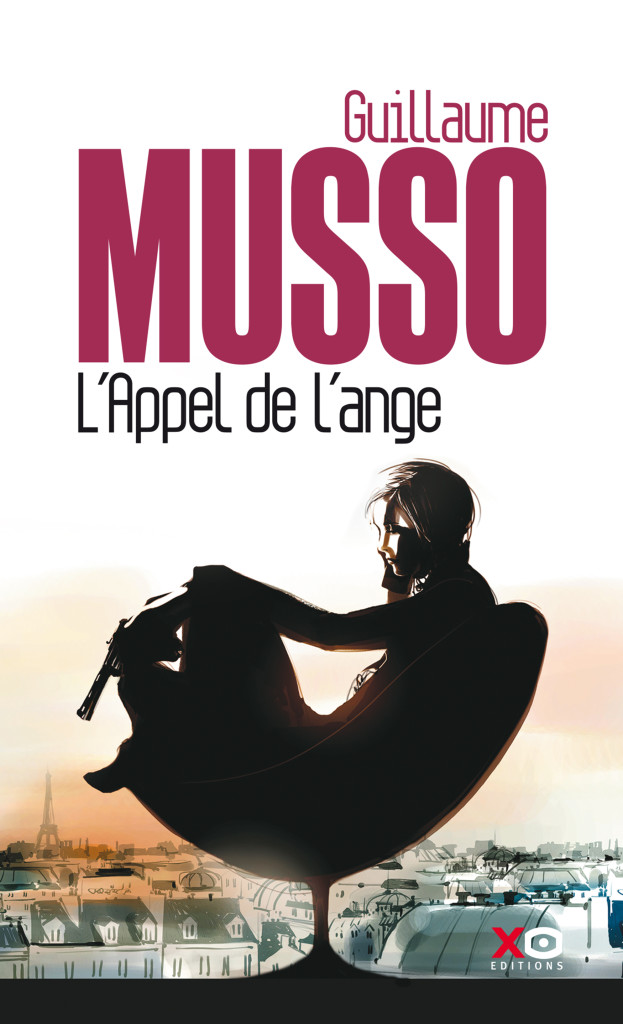 Call from an Angel

New York, JFK Airport.
In a packed airport lounge, a man and a woman literally run into each other, spilling their belongings on the floor. After a brief shouting match, they go their separate ways.

Madeline and Jonathan have never met before, and should never have met again. However, as they hurried to collect their things, they switched mobile phones. When they realise their mistake, they are already more than 6,000 miles apart: She is a florist in Paris, and he owns a restaurant in San Francisco.

It doesn’t take long before they give in to temptation and explore the contents of each other’s phones. An indiscretion on both their parts, but which leads to an unexpected revelation: their lives are linked by a secret that both thought would stay buried forever…

Interview with Guillaume Musso about Call from an Angel 2011 March

Your new novel, Call from an Angel, begins with the fortuitous encounter between a man and a woman. Can you tell us how this idea came to you?

Call from an Angel was born from a funny encounter: four years ago, in the boarding lounge of the airport in Montreal, a woman accidentally took my phone and slid it in her bag.

She mistook it for her own phone! I quickly realized what happened, and my imagination immediately grabbed on to the incident: what if the story had continued…

During the 7-hour flight back to France, I wrote the first pages of a crash encounter between a man and a woman, who switch mobile phones without realizing it. When I arrived, I filed the pages away, taking them out every now and again, thinking of them often: I couldn’t get Madeline and Jonathan out of my mind, and I knew that one day, I would write their story.

Call from an Angel opens with Madeline and Jonathan exchanging of mobile phones. Such a plot would not have been possible ten years ago, would it?

Let’s look objectively at what we save in our phones: smartphones are so much more than a diary, they  save our conversations, our arguments, the things we love… they are charmed objects, an extension of ourselves, an archive of our personal lives, through pictures, videos and emails.

Beyond this sociological phenomenon, this technological progression is also an endless source of dramatic tension for the novelist: it allows us to easily make characters meet, speed up the pace of our storytelling, creating new twists and new conflicts.

You have endowed your main character, Madeline, who lives and works in Paris, with a strong personality… Can you introduce us to her?

Madeline is a young Englishwoman, who has a lovely flower shop in Montparnasse. On the surface, she leads a very orderly life, and has just gotten engaged to her boyfriend. However, behind this harmonious facade hides a painful past: a few years earlier, Madeline was one of the top investigative officers in the Manchester police force. She left her job as a cop after a traumatizing investigation that ended grotesquely.

She firmly believed  this case was closed for good, until she met Jonathan.

Your male protagonist, on the other hand, Jonathan Lempereur, is a French head chef working in the States, who has nothing left to lose…

I don’t know why, but I love putting my male characters in the darkest places, without so much as the possibility of letting themselves fall over the edge, and forcing them to take action to reestablish some form of balance in their lives.

Jonathan is a real artist, who owned one of the most prestigious restaurants in the world. After a painful divorce, he lost both his livelihood and his creative inspiration. When our story starts, he runs a small French bistro in North Beach, the Italian quarter of San Francisco. He shares a flat with his friend Marcus, an eccentric and phlegmatic Canadian who brings a touch of colour to his life.

I thoroughly enjoyed researching the world of fine dining. I can see all the things my creative process as a fiction writer has in common with that of certain chefs such as Ferran Adrià, Joël Robuchon or Pierre Hermé: the desire to reinvent yourself, the search for originality, while respecting certain traditions, as well as the constant fear of not delivering work that gives pleasure and satisfaction.

Madeline is the strongest character in the story. Was it difficult for you to put yourself in a woman’s shoes?

On the contrary, I really enjoyed it. Gabrielle and Billie, the main characters in my previous two novels, were also women. With CALL FROM AN ANGEL , enjoyed juxtaposing Madeline, a tough character, with Jonathan, a modern father who accepts his own softer side. In certain scenes, blurring the lines between the genders creates unexpected twists, and a peculiar chemistry that gives a couple all their flavour. Clashes between the two characters are a fantastic way of writing convincing dialogue, and moving the plot forward.

Despite their differences, Madeline and Jonathan have something in common: to overcome loss, they both completely changed lives after their traumatic events. And yet, events seemingly long buried in the past will resurface: do you think it is impossible to escape your past?

That is one of the topics tackled in the novel: the necessity to confront who you really are, at any given time during your life, to face the truth head on, and face your fears.

If we keep lying to ourselves, we stop living. We just exist in a vegetative state, without ever achieving real bliss. At the start of the novel, Madeline and Jonathan are both “fugitives” from their own lives; Incapable of facing their past failures, they have been “coasting” for the past two years. But neither running away, nor numbing themselves, can help free them of their sorrows…

The novel, which begins as a romantic comedy, becomes a thriller with complex, dark and bitter ramifications. Why did you choose to make the atmosphere evolve this way?

I had just finished writing Girl on Paper, a novel which I enjoyed writing just as much as my audience enjoyed reading it. I owed it to myself to maintain such a demanding standard, and to challenge myself by delving into a style that wasn’t necessarily expected of me. Of course, each of my previous novels use suspense, but this one never crosses over into the paranormal.

More importantly, I just wanted to mix up genres and build a plot combining the mysteriousness of an investigation, the nerve wracking pace of a thriller, and a love story portraying the evolution of modern relationships. While I wouldn’t call it a crime novel, but how about a romantic thriller?

Without revealing the ending, can we say that both Madeline and Jonathan will survive, and that the conclusion lets us hope that they will meet again… And could this be the first installment of the adventures of a couple that will reappear?

It’s possible, but I’m not yet sure… In the final part of the novel, Madeline and Jonathan form a resourceful and engaging pair of investigators. I often find it hard to separate myself from my characters, and I can’t rule out that we might meet them again, on another case. Their love story is blistering: it is born from the heat of the investigation, and who knows if it will survive. It would be quite interesting to meet these characters again, a year or two later. It all depends on my imagination, and the demands of my readers. 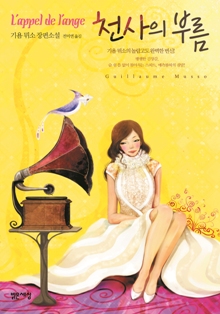 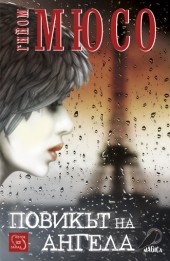 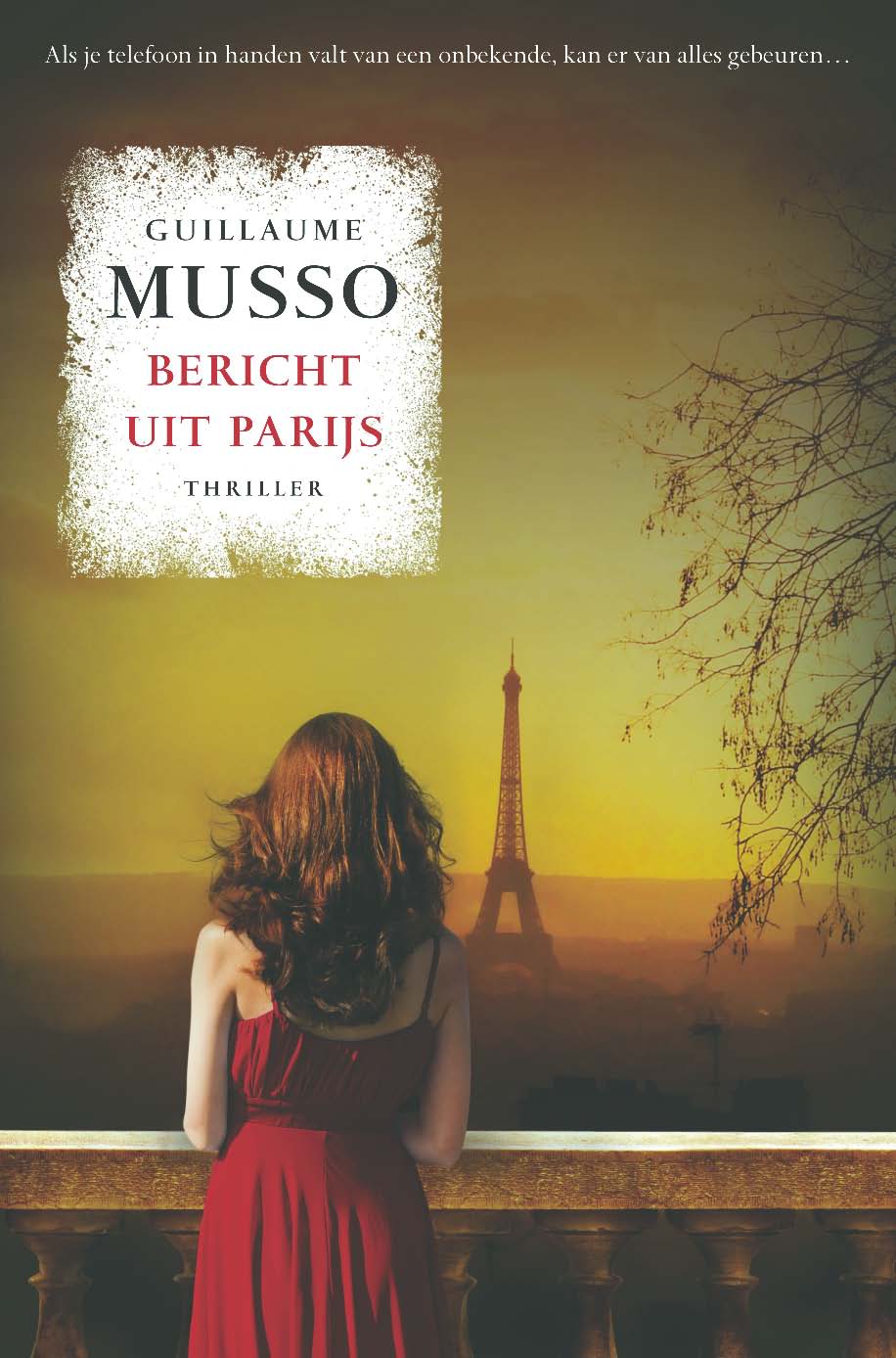 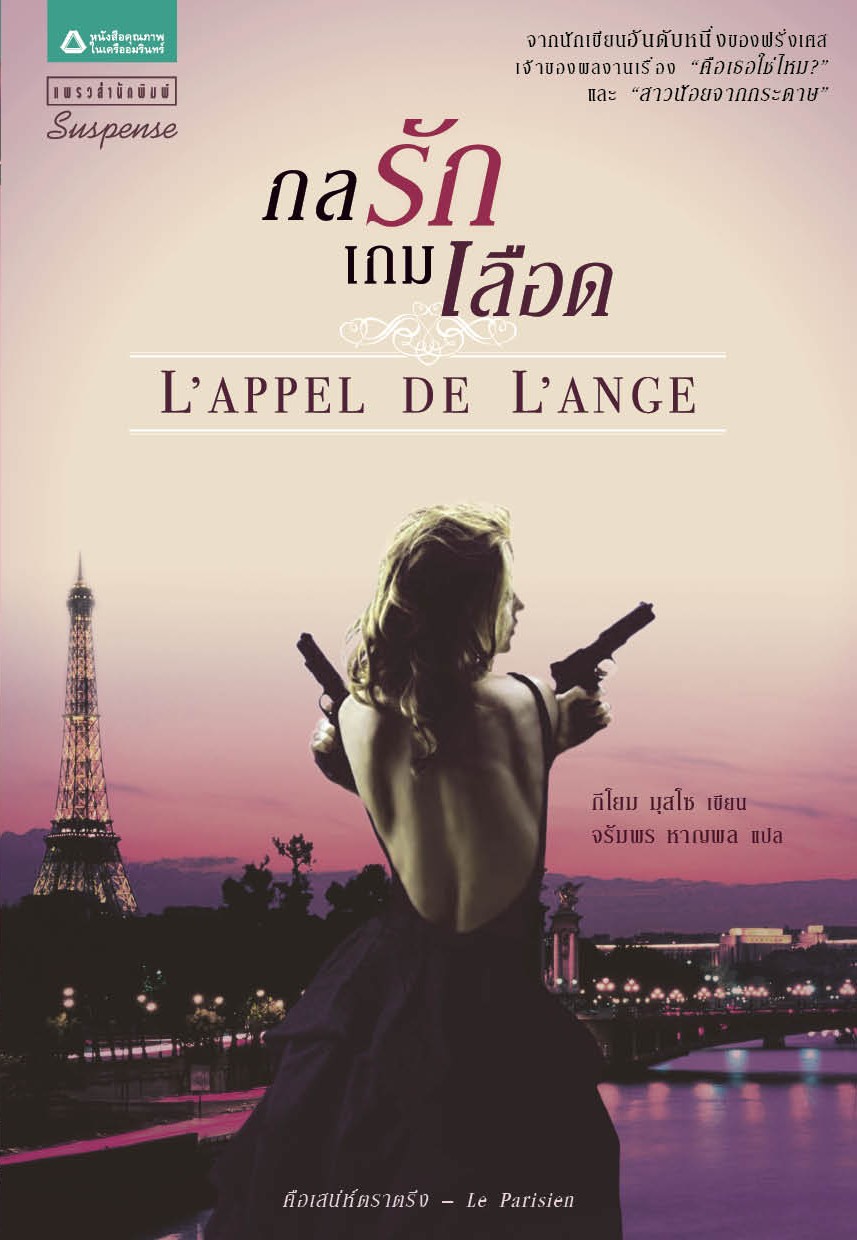 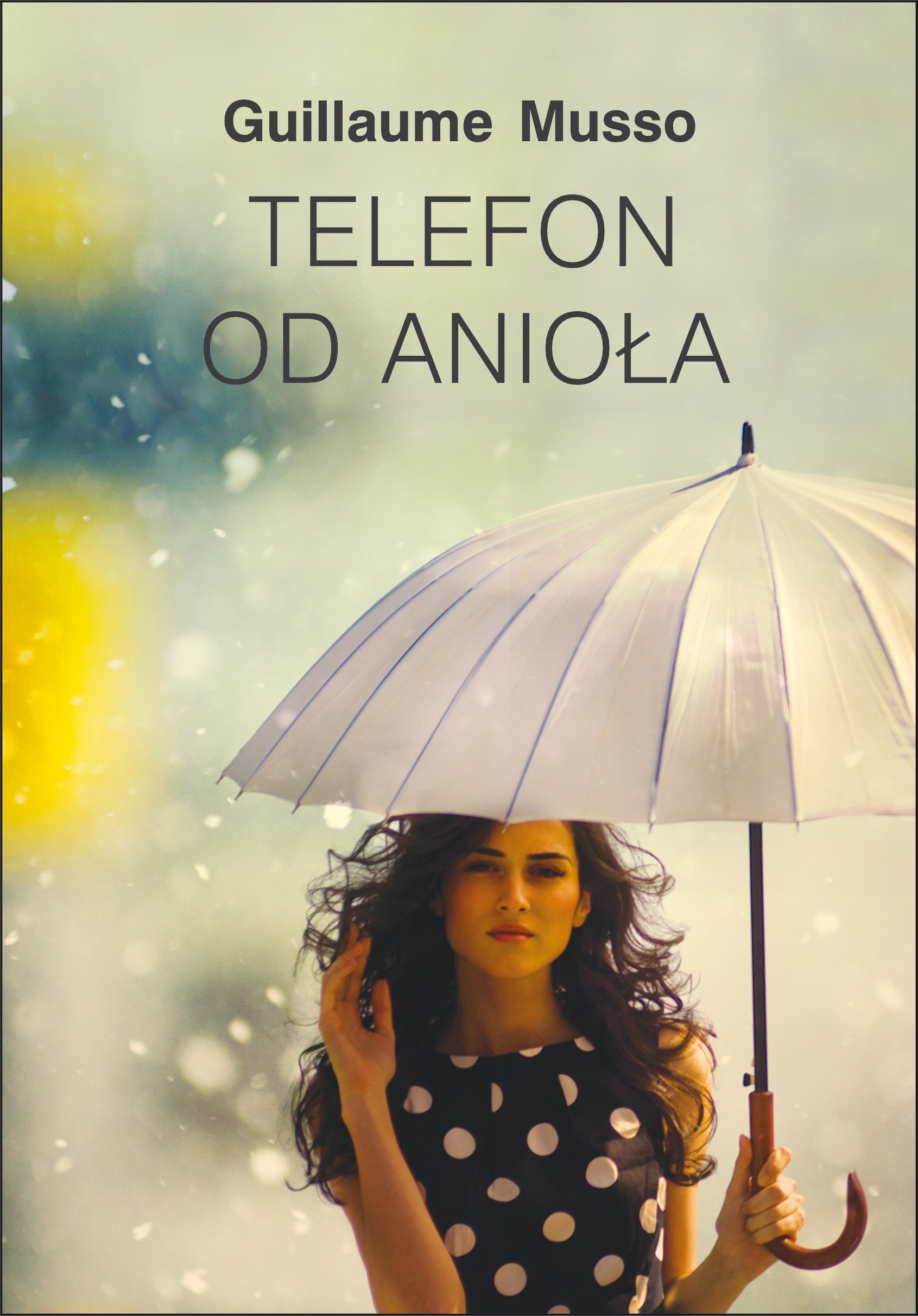 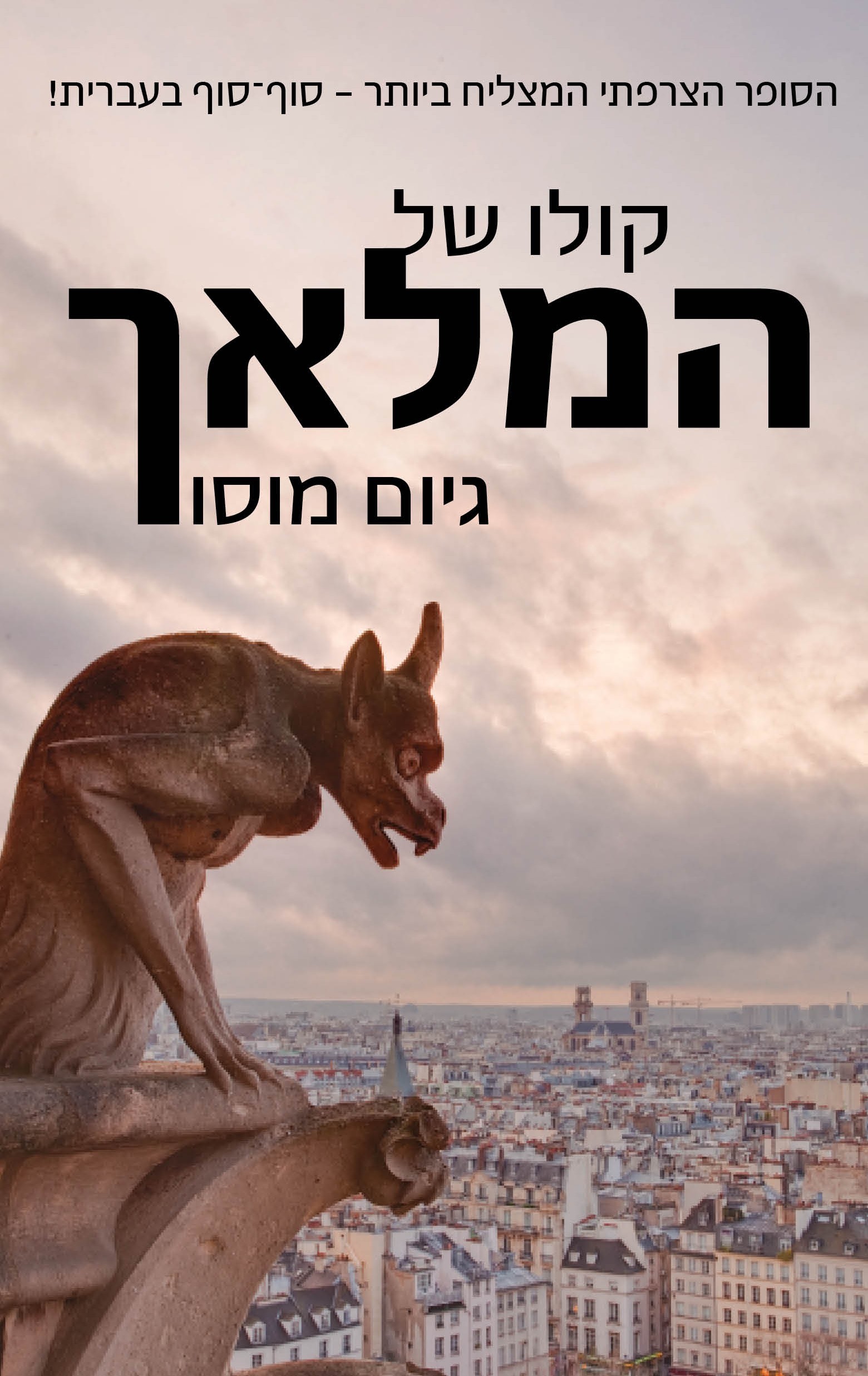 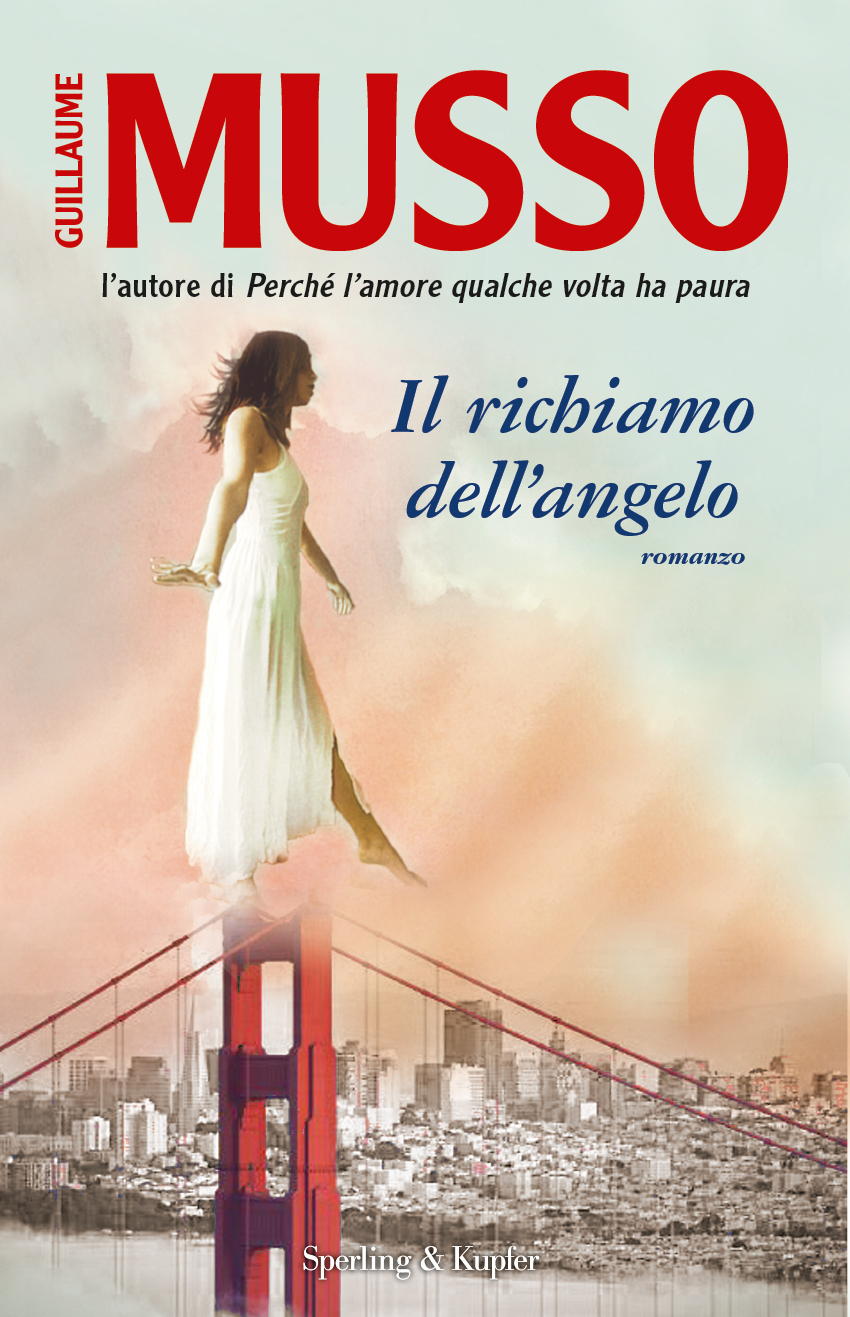 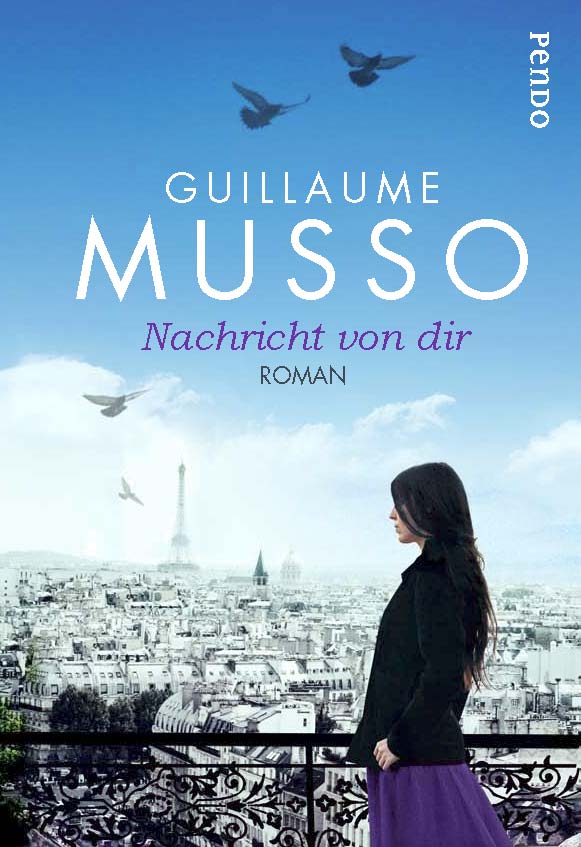 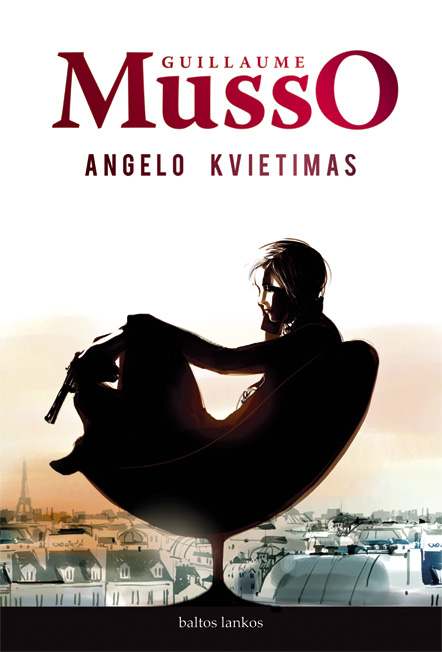 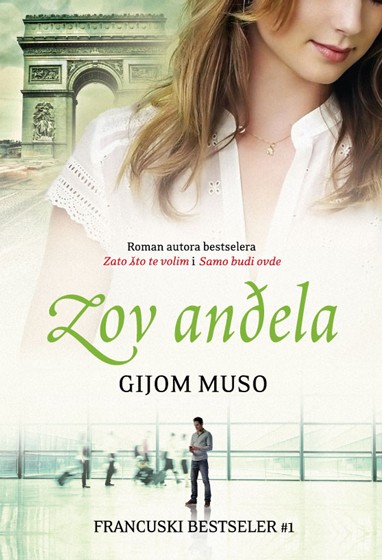 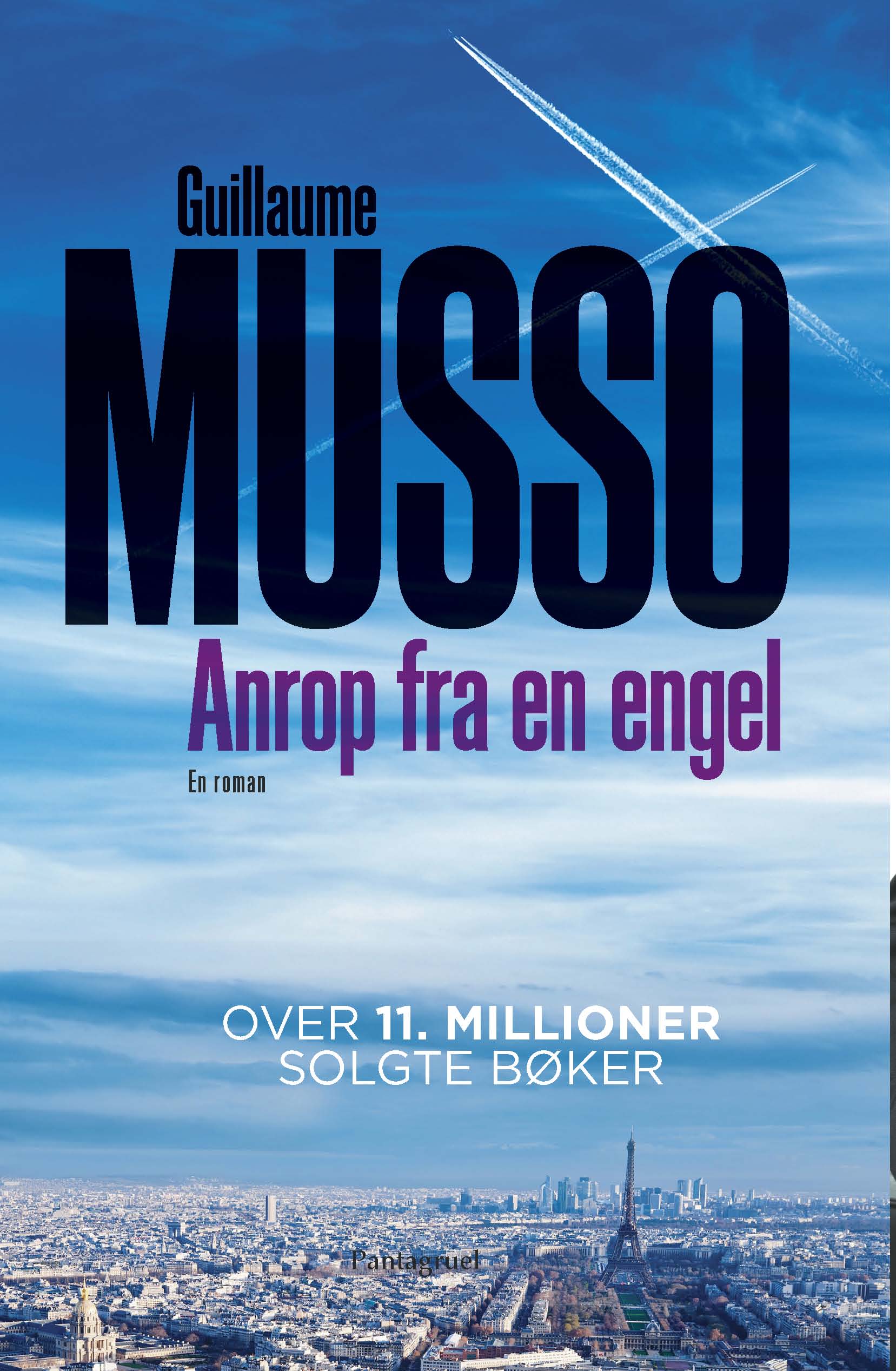 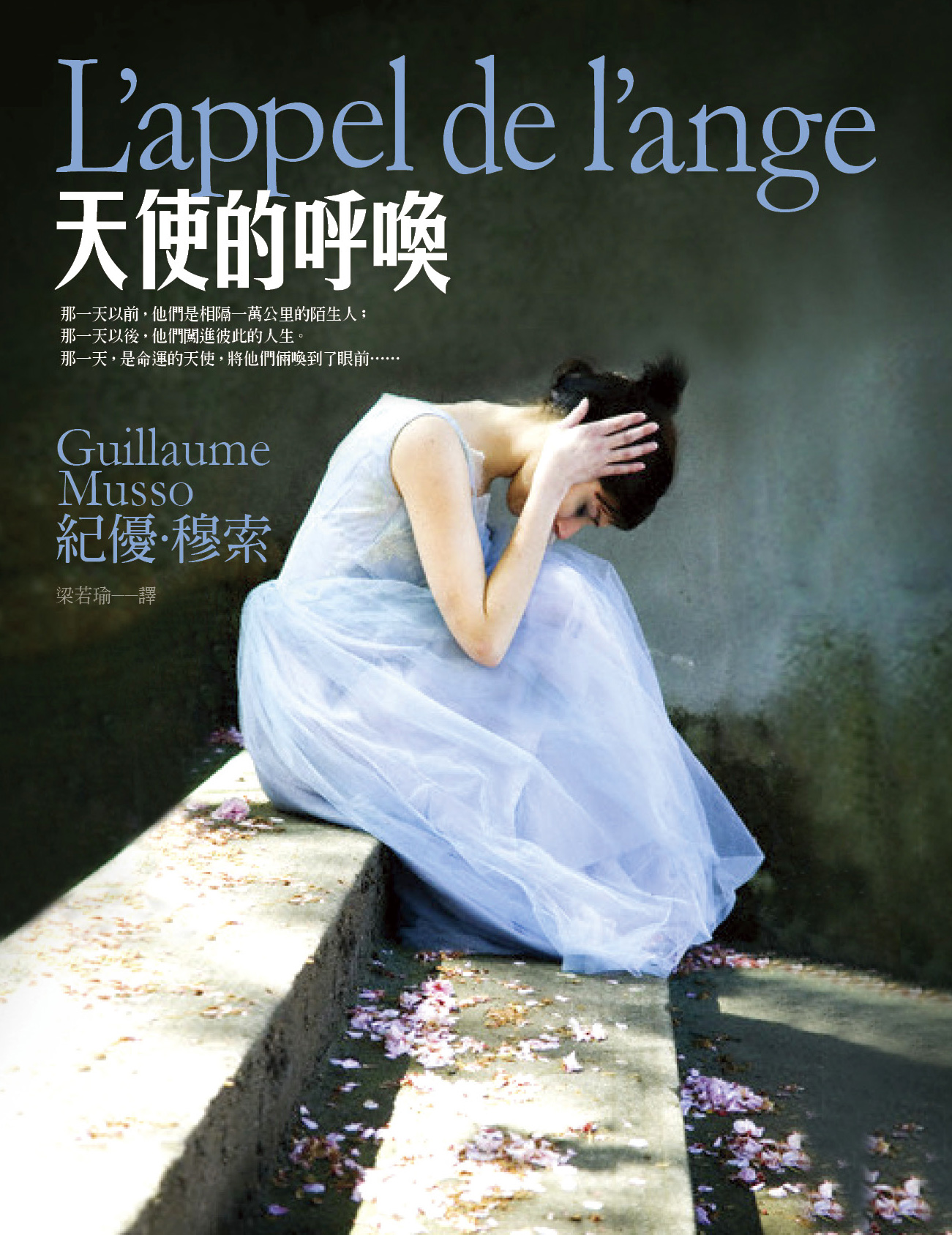 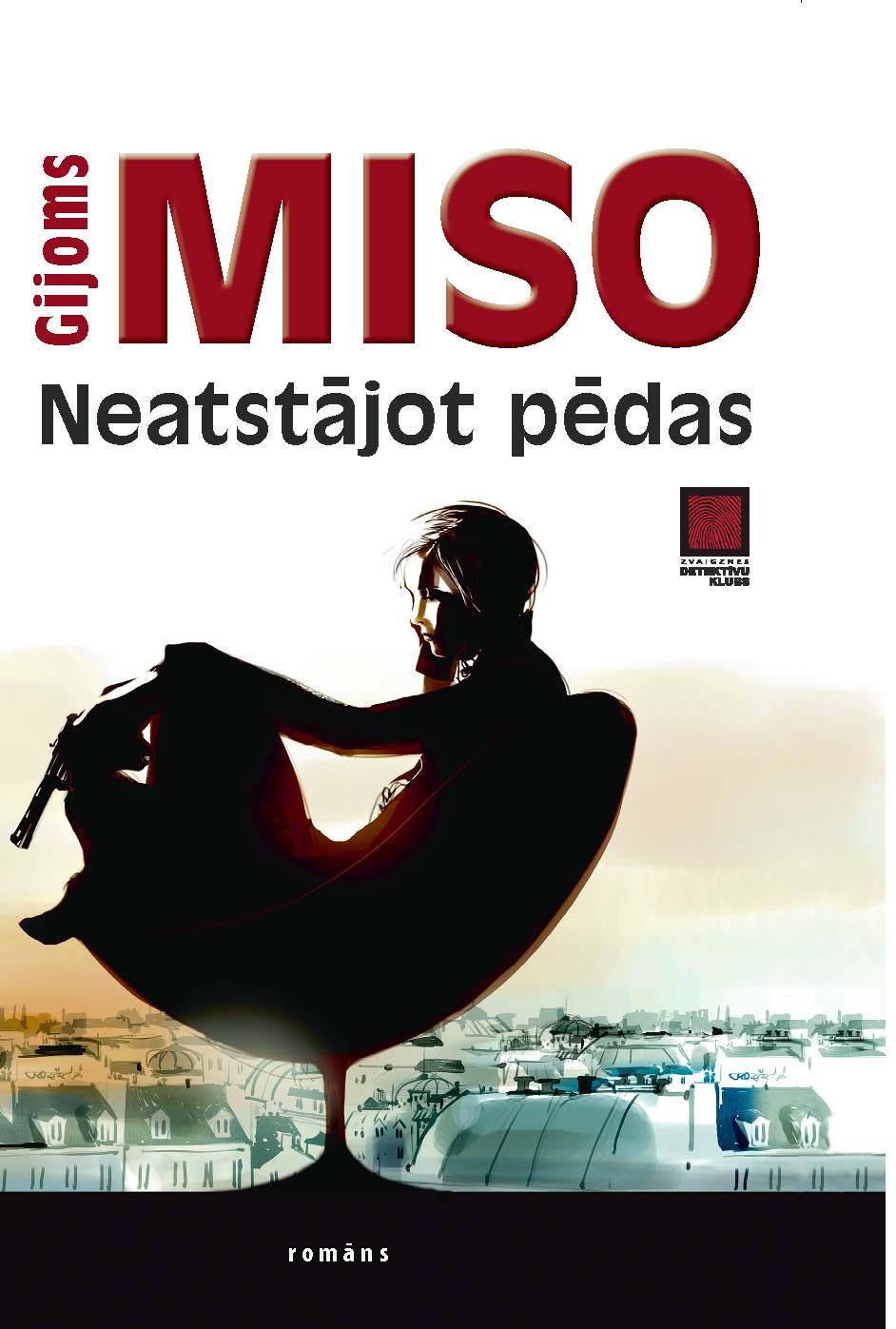 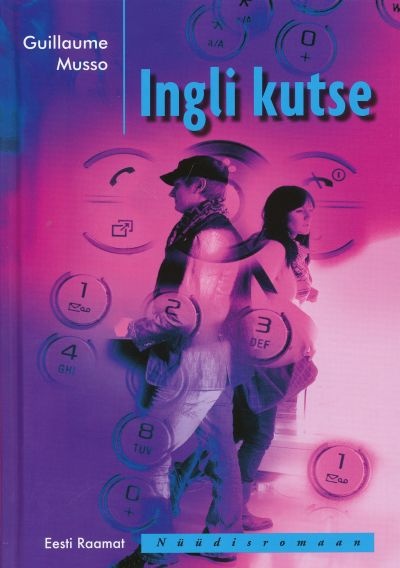 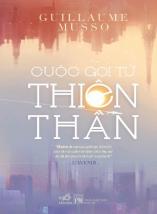 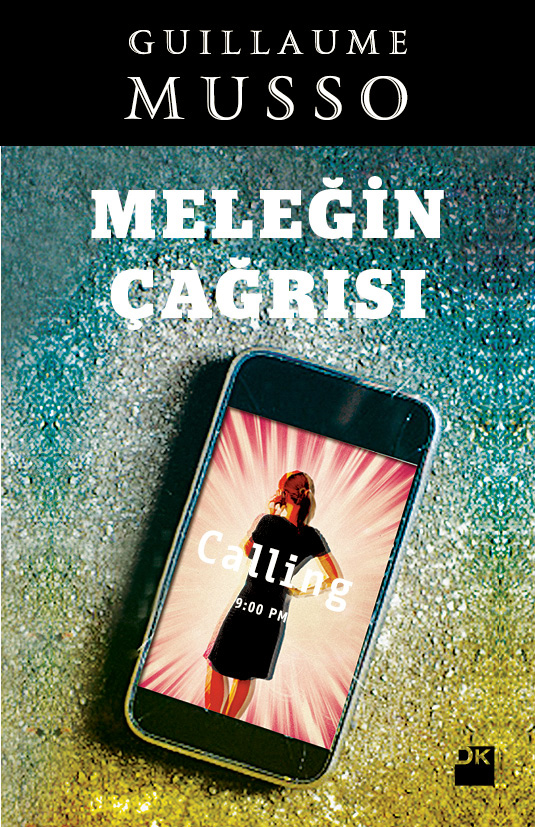 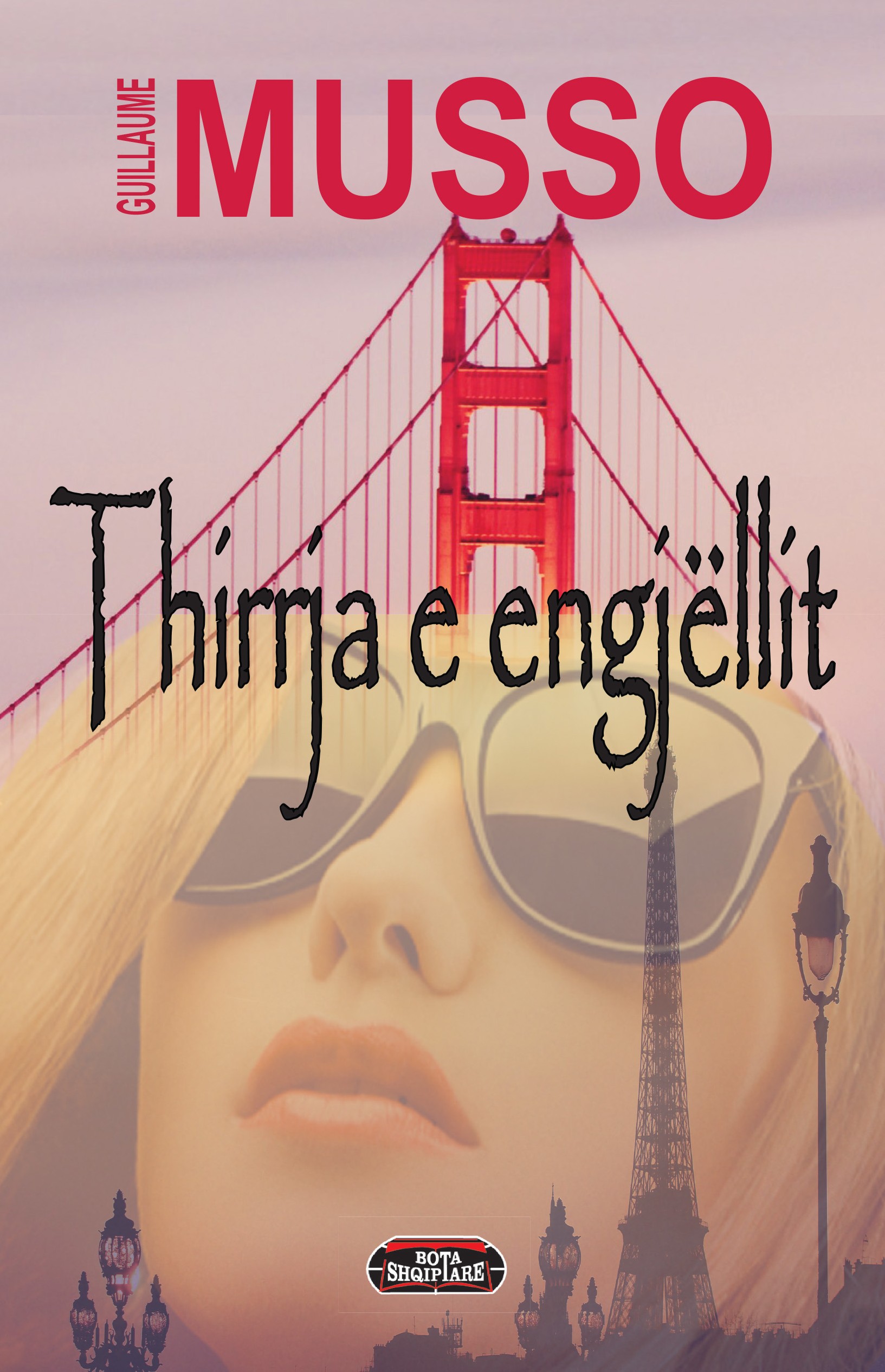 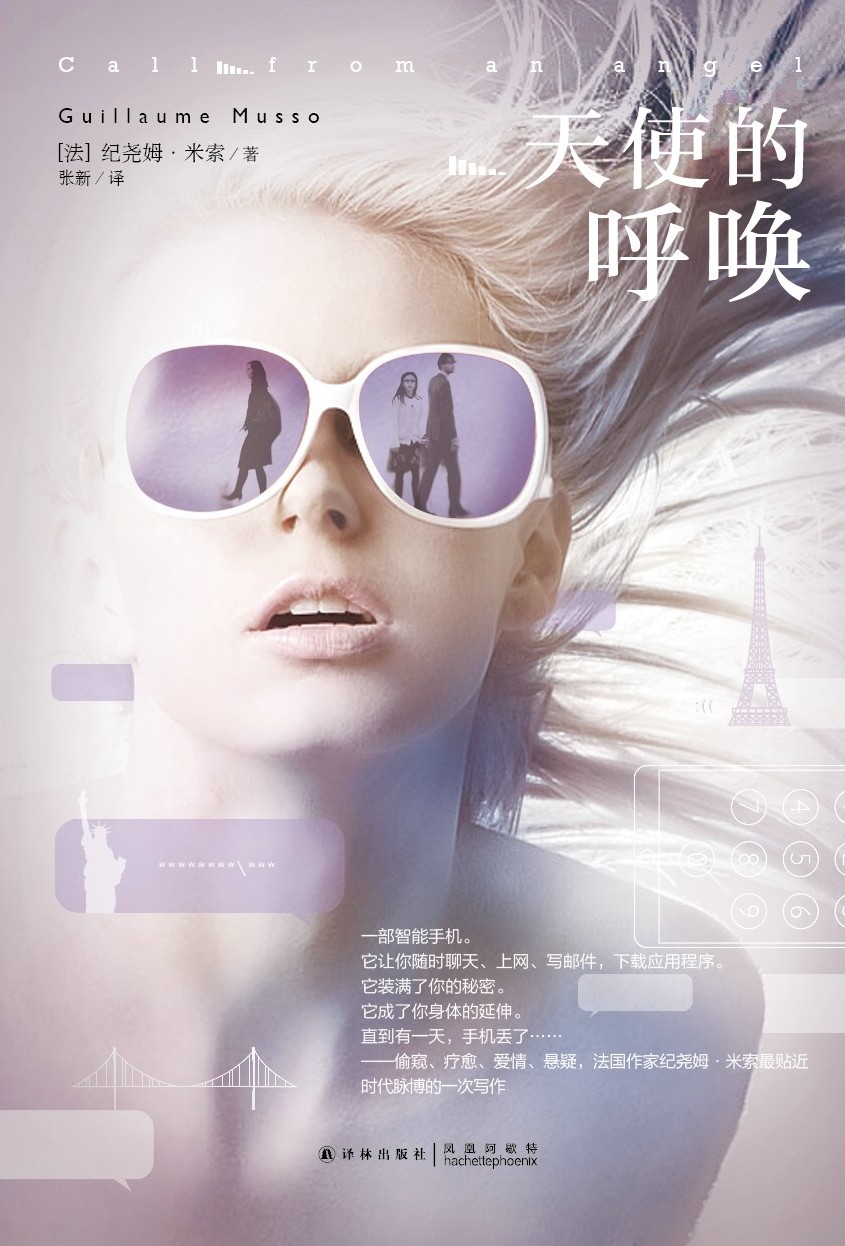 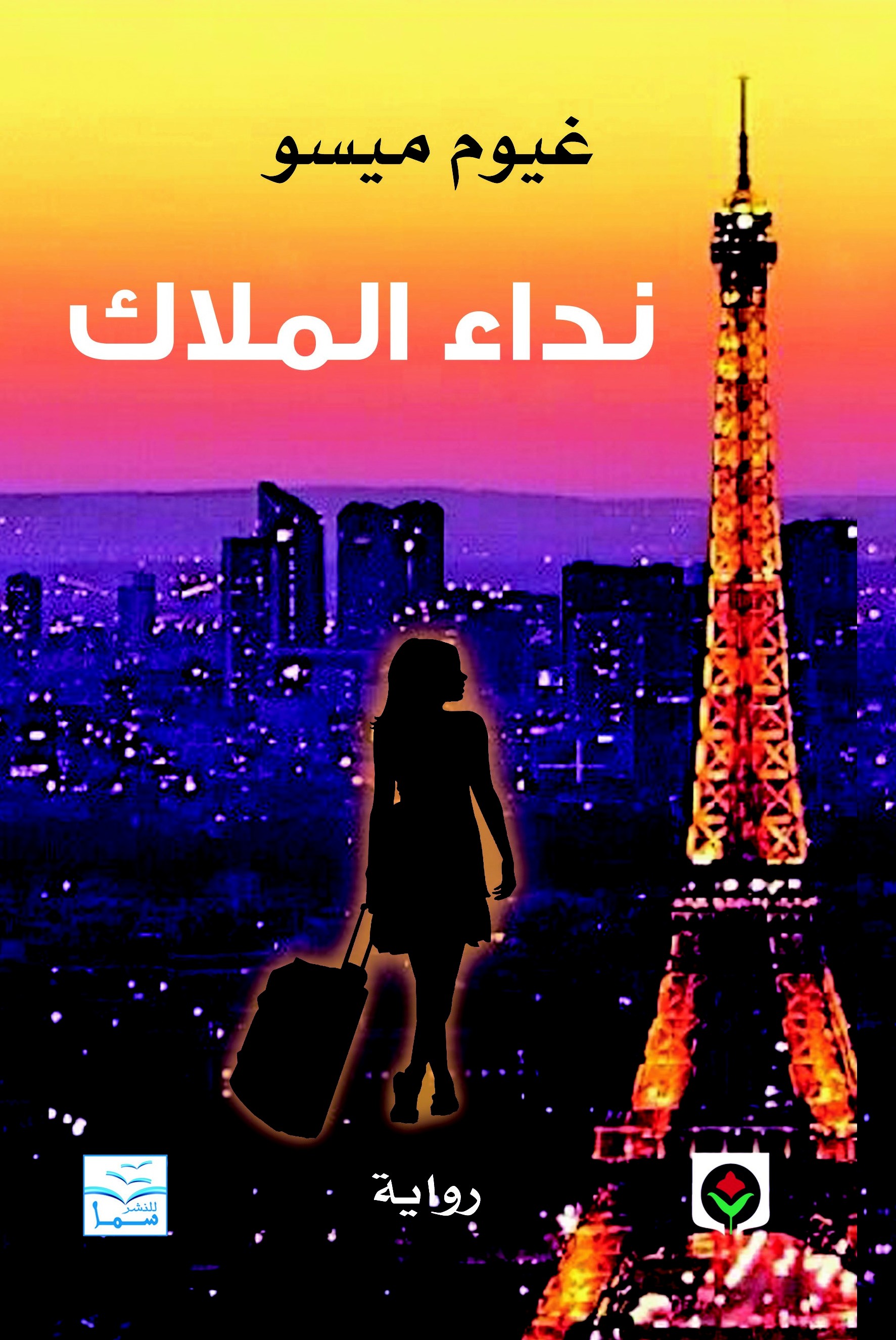 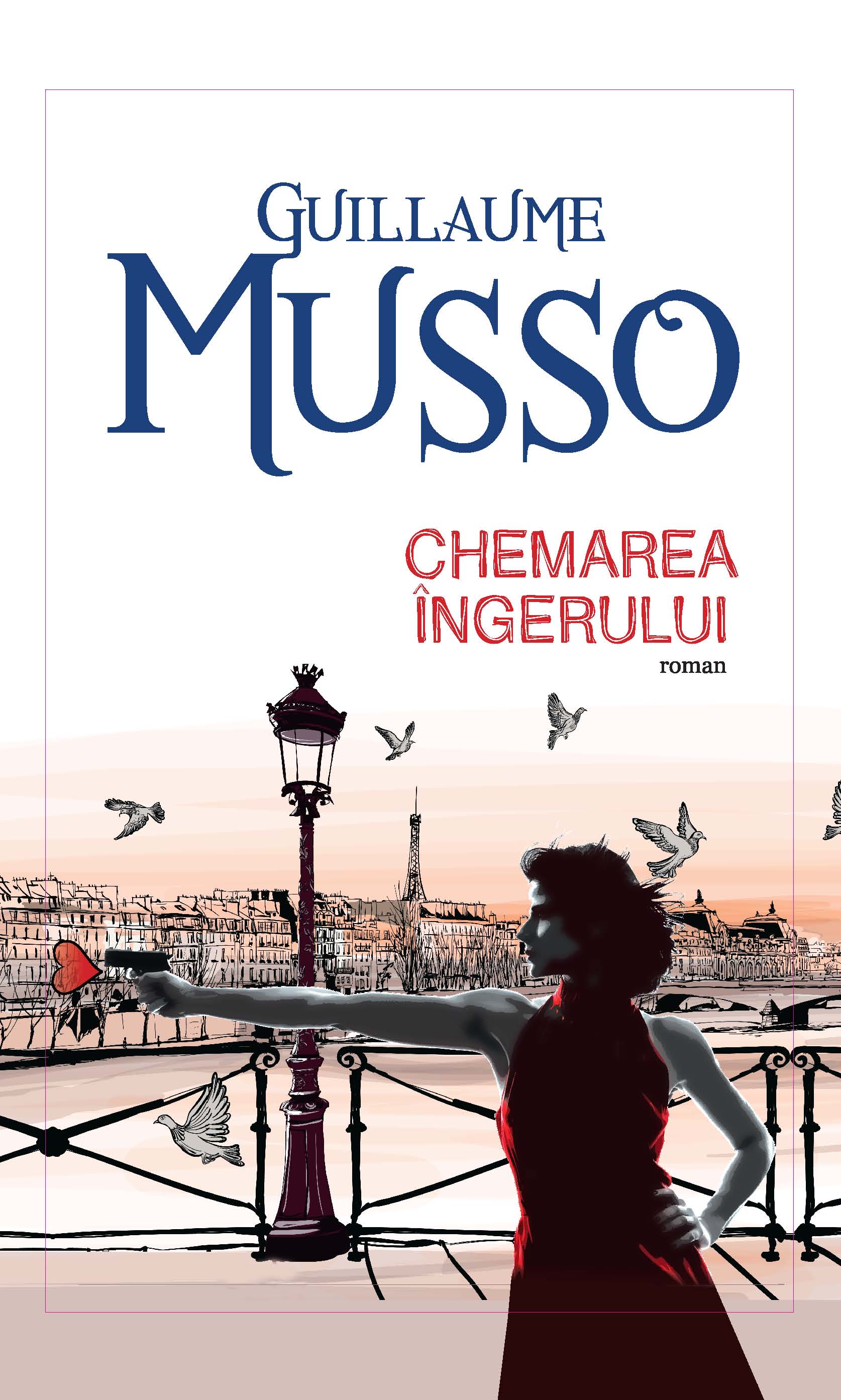 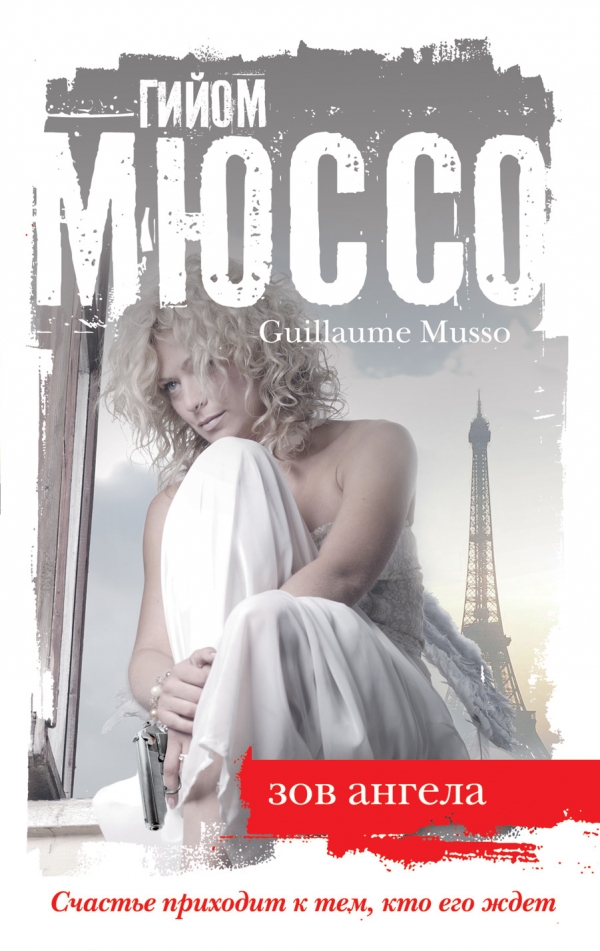 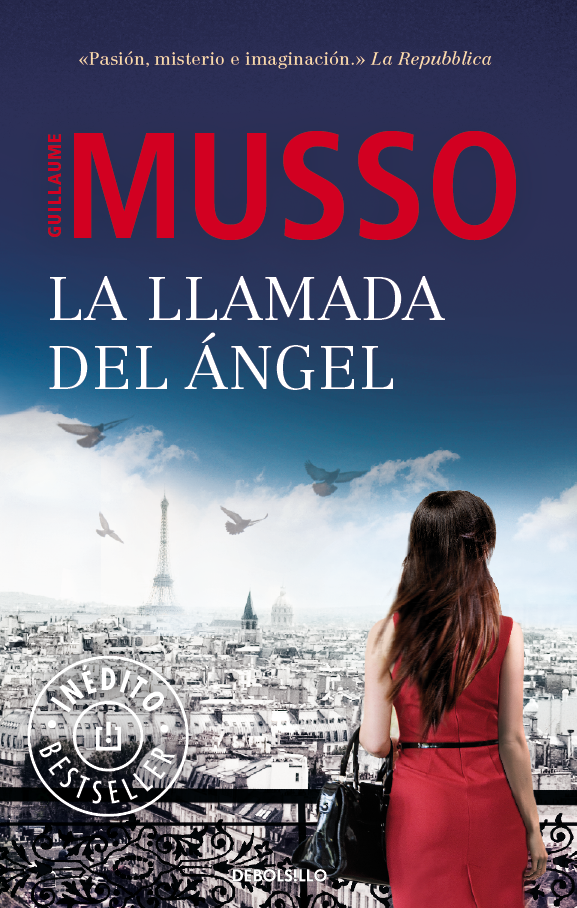 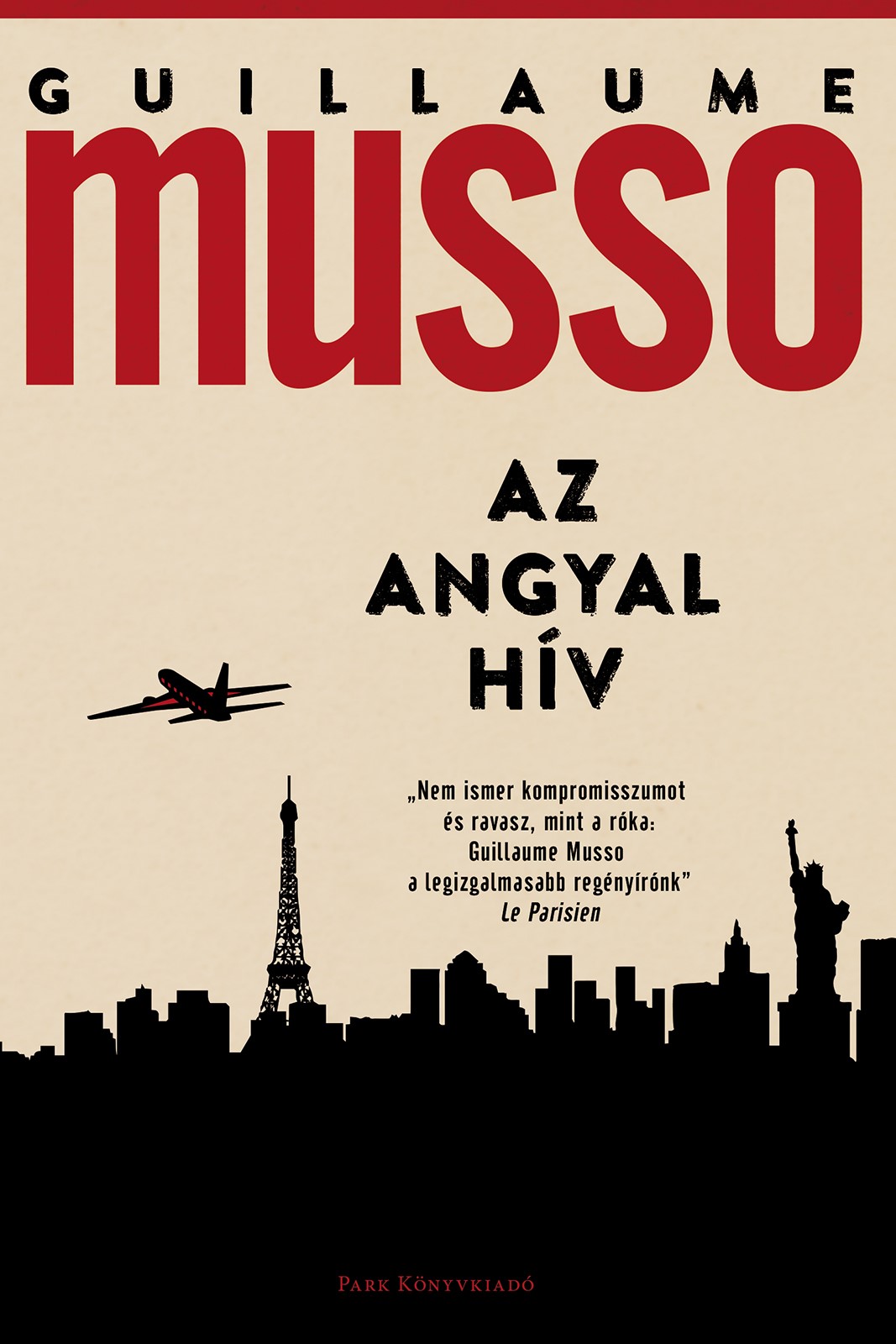 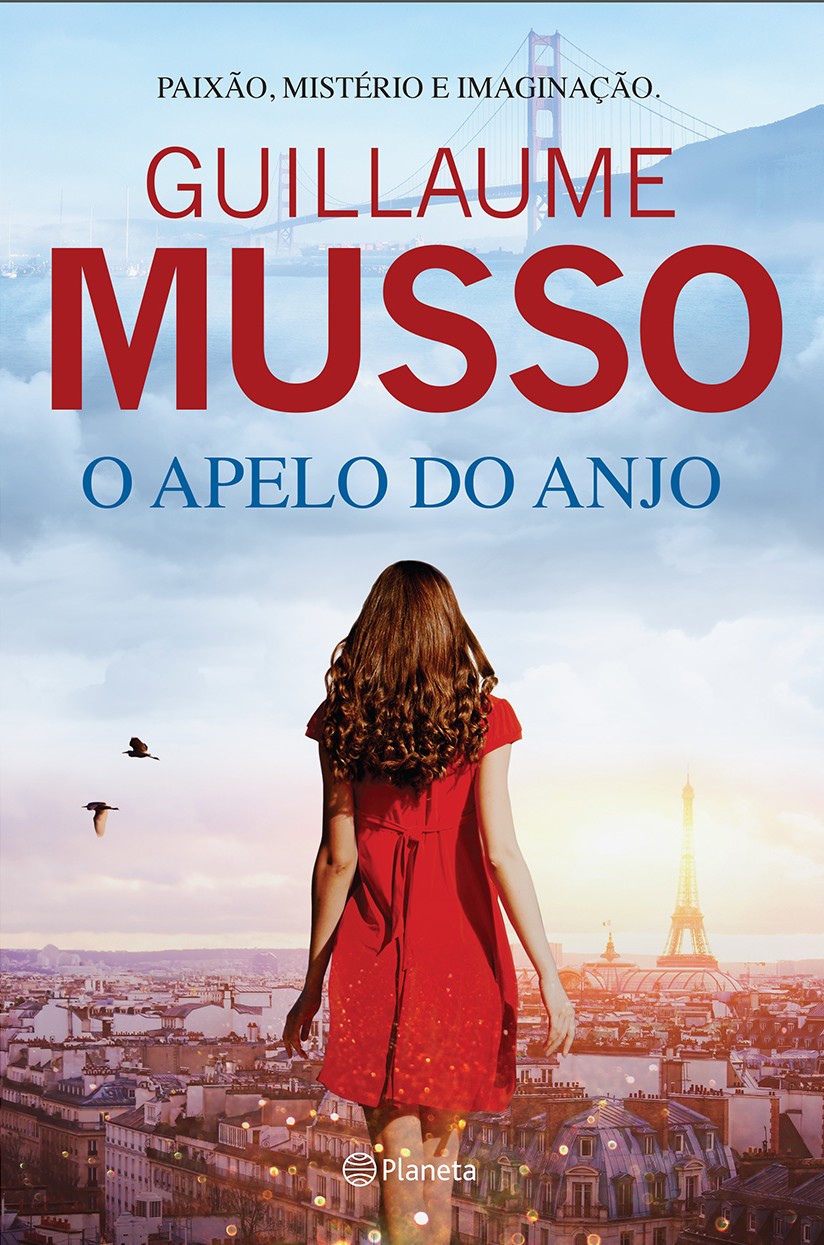 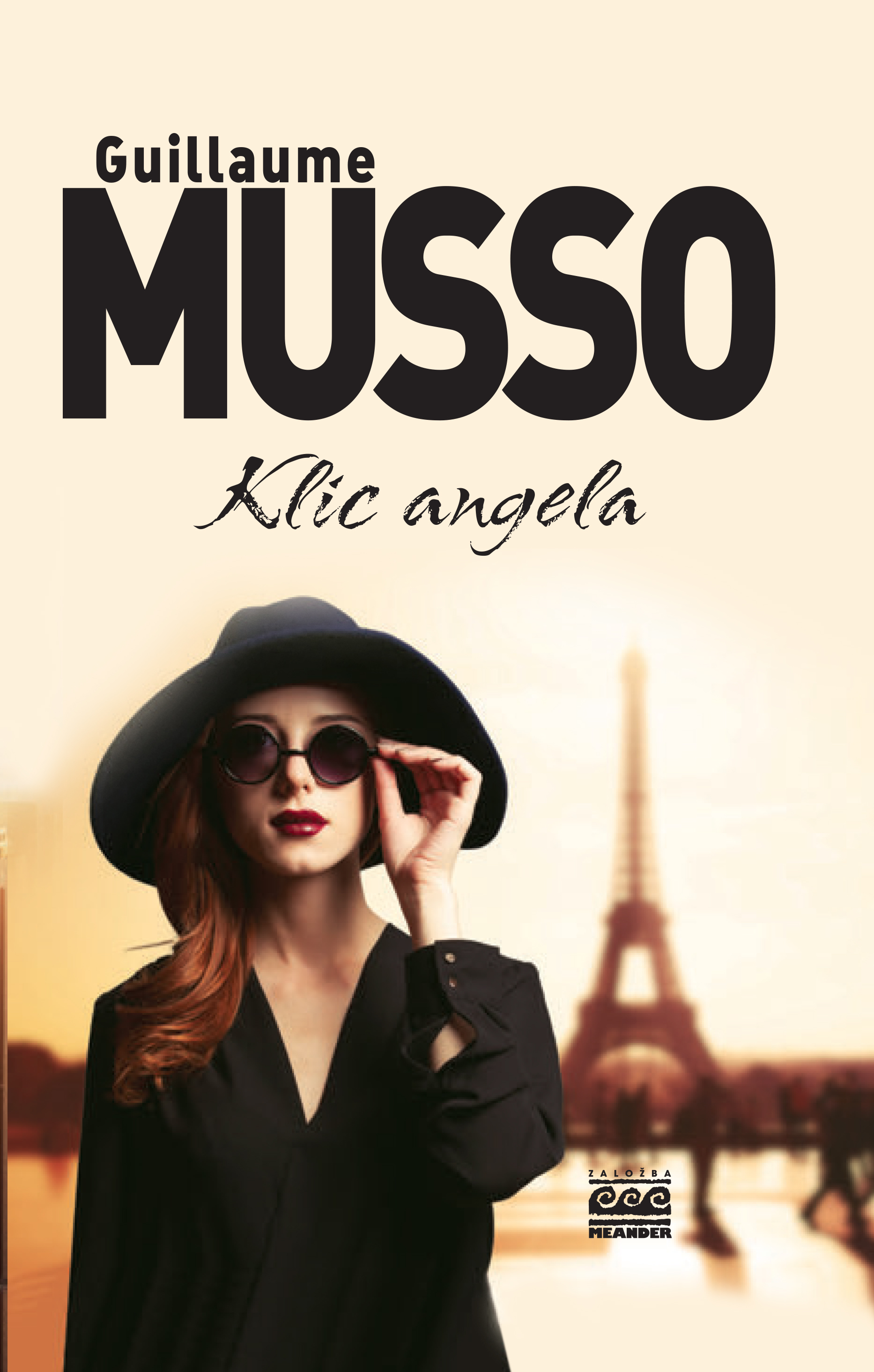 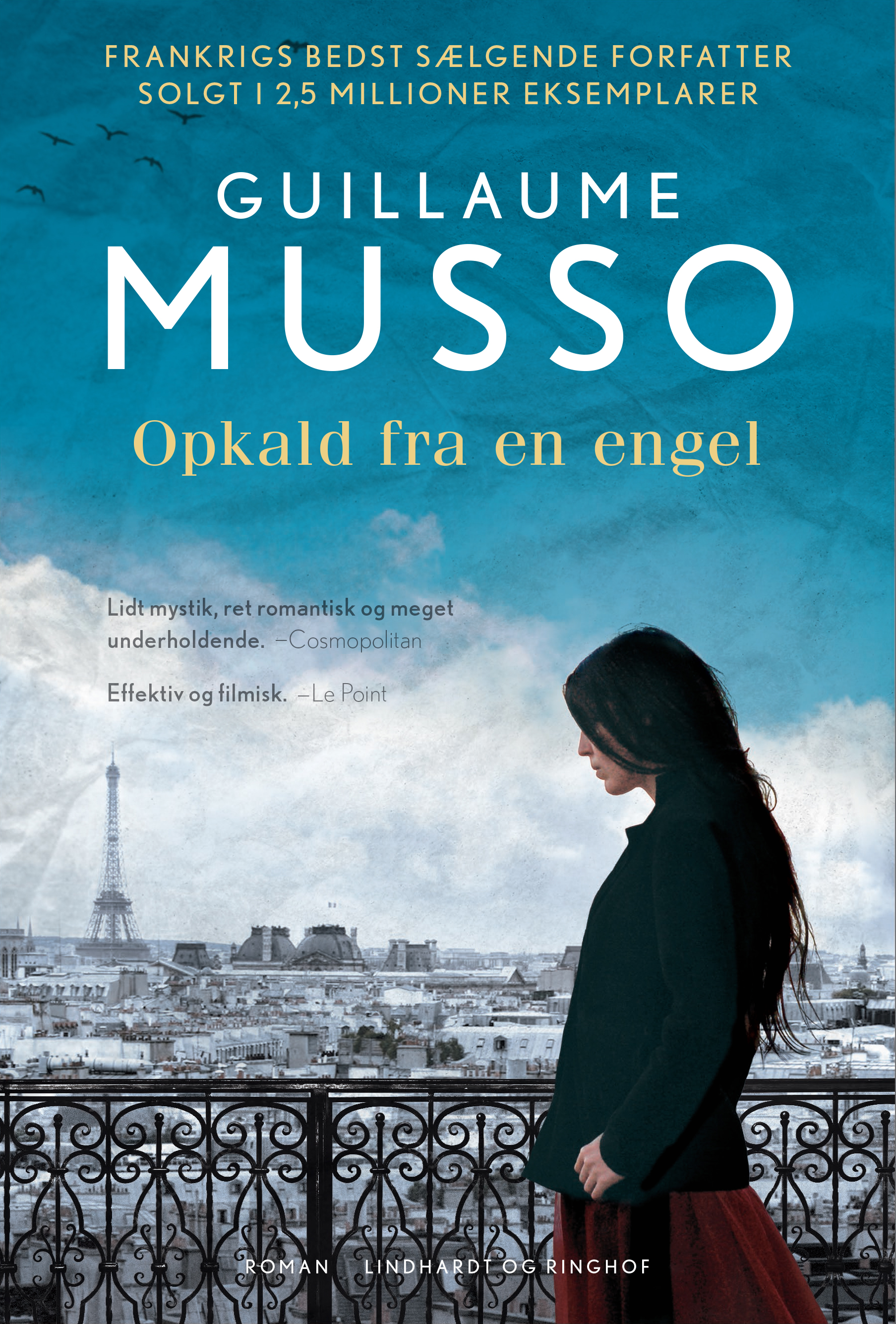 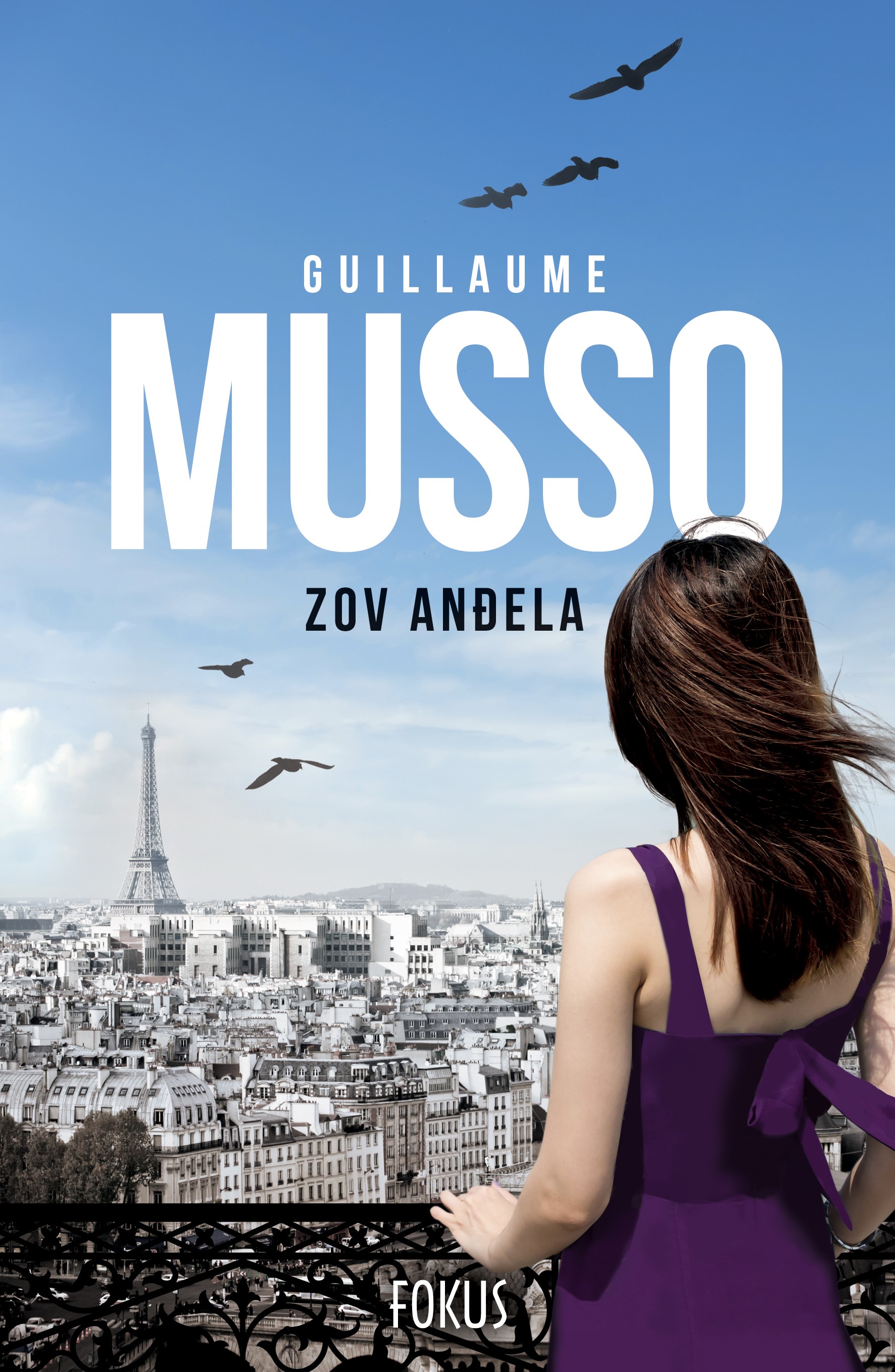